I only had three legs, then they broke it

I only had three legs, then they broke it

Diamonds, an adult crossbreed amputee survived the worst fate imaginable after he was used as a bait dog in dogfighting. In November this year Diamonds fought for dear life when owners of dogfighting Pitbulls released literal hell on earth.

Injured, outnumbered, he fought a valiant fight and managed to fend off his adversaries, the complete opposite outcome the dogfighters had expected. And then…

Owners of fighting Pitbulls do the unimaginable

Diamonds victory to survive was shortlived, the owners of the Pitbulls proceeded to physically break his remaining back leg, leaving him vulnerable and unable to move. Now injured, defenceless and in excruciating pain, the bell rings for round two in a fight to the death. 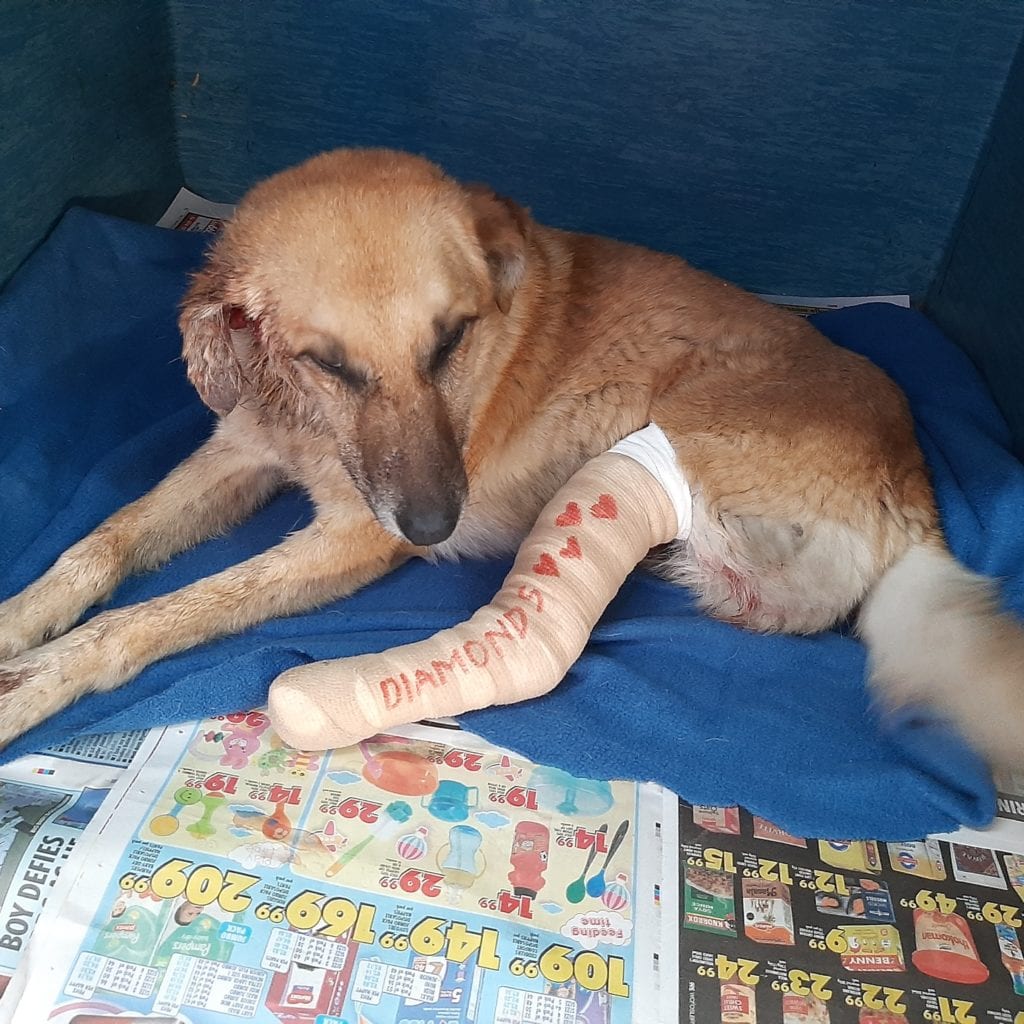 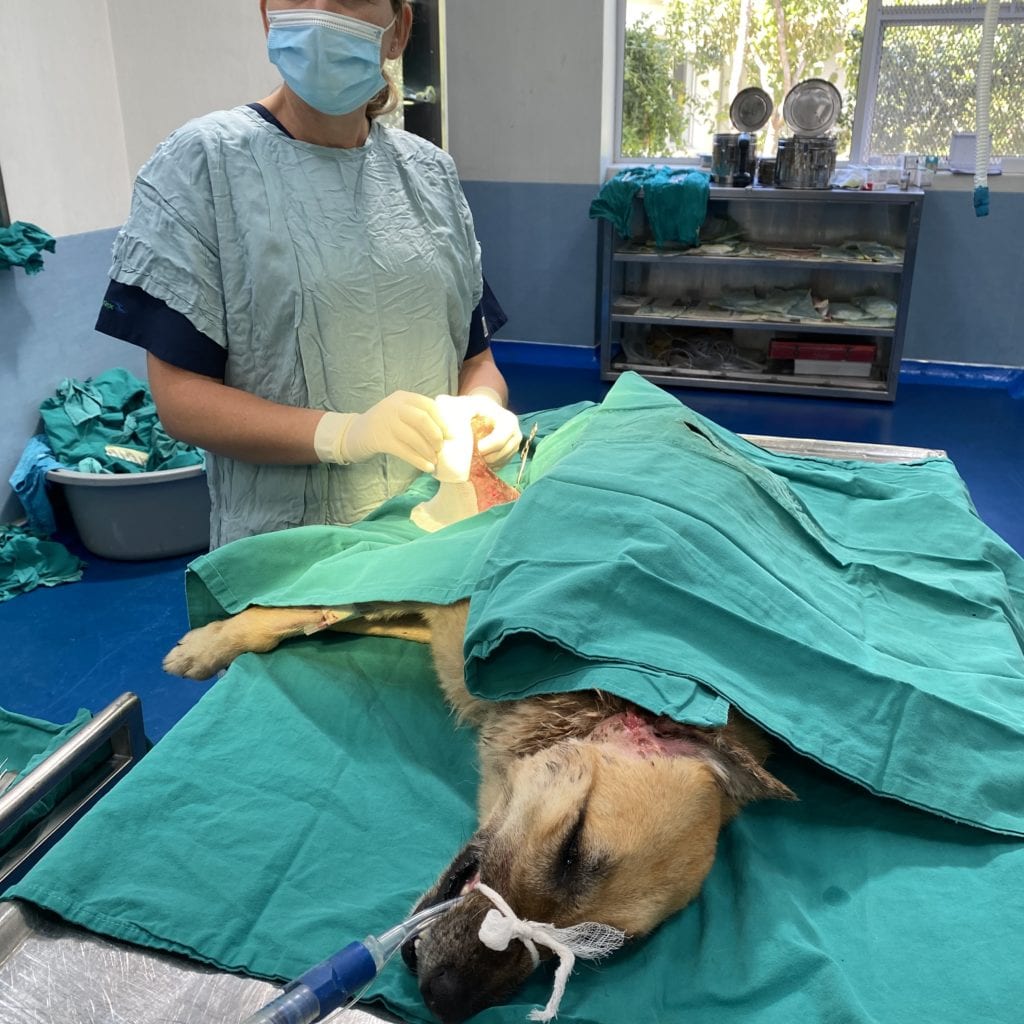 The Cape of Good Hope SPCA Inspectorate was notified telephonically by one Samaritan or Guardian Angel who reported the ordeal. Luckily there was an SPCA vehicle in the vicinity that could respond to the call without delay. Inspectors reach Diamonds just in time for a life-saving intervention.

On presentation and after hearing about Diamonds ordeal “we were all heartbroken and emotional that this sweet and gentle dog had to suffer like this at the hands of human beings. He did not deserve this. We needed to do everything to help him”.

Diamonds had bite wounds to his ears and the leg was an open fracture of the tibia which exposed the bone. Open fracture meant that Diamonds was not a candidate for the bone planting kit recently acquired due to risk of infection. Dr Estie says – “We sedated him, cleaned the wounds, bandaged the leg to stabilise it to prevent further contamination. We started him on pain medication and antibiotics”.

Surgery to save the third leg

Doctors geared up for orthopaedic surgery where a pin and external fixation was used to repair and stabilise the fracture. Surgery was successful, but Doctors warn Diamonds has a long road to recovery ahead of him.

Keep inspectors on the road

Investigations are ongoing and the inspectorate is working double-time to catch the perpetrators and bring them to justice. Should you ever suspect or witness cruelty to animals, act immediately. Please email inspmanager@spca-ct.co.za or call 0217004158/9 during office hours. Cruelty reports after hours can be made on 0833261604.