Cape of Good Hope SPCA responded an emergency late yesterday afternoon upon receipt of a call from City of Cape Town baboon management service provider NCC.  NCC reported a juvenile baboon had been involved in a motor vehicle accident in Main Road Simonstown. The incident took place near the St Francis of Assisi Church. St Francis is one of the most venerated religious figures in Roman Catholic history and is the patron saint of ecology and animals. 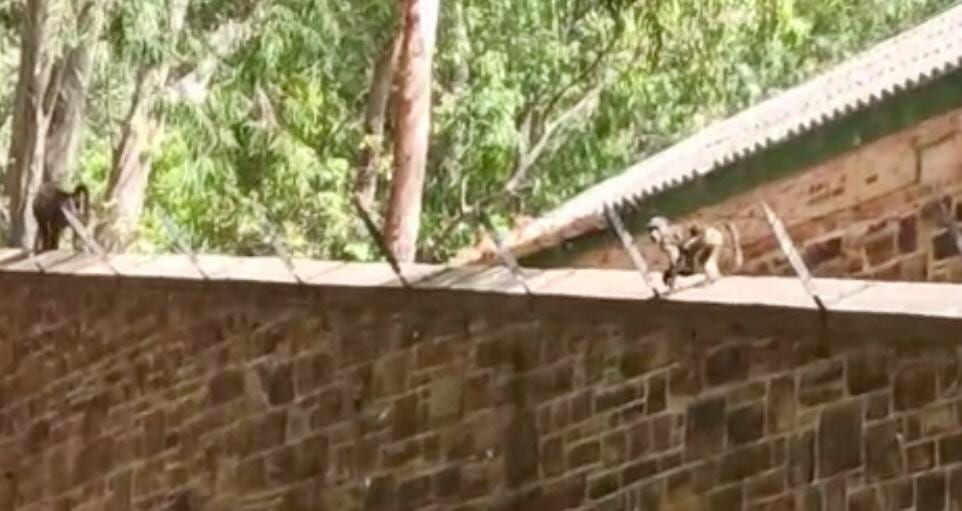 Cape of Good Hope SPCA Wildlife Unit was alerted and Senior Inspector Emma Linsell responded to the call.  NCC was already on the scene.  In consultation with SPCA veterinarian, Dr Mark Middleton, the unconscious baboon was transported to a 24-hour vet.  He was monitored overnight, examined, given an analgesic to relieve pain. Little Francis was responding well this morning, the consulting Veterinarian advised that it would be in the little baboon’s best interests to be reunited with his troop and mother as soon as possible.

Juvenile baboon reunited with his troop after the accident

Cape of Good Hope SPCA and NCC accompanied by the veterinarian released little Francis earlier this morning.  He immediately reunited with an adult female baboon and is safely back with his troop.

NCC will continue to monitor little Francis with his troop.  The Cape of Good Hope SPCA appeals to the public to be vigilant and exercise caution when driving in Simonstown and the areas of the Peninsula where our Wildlife is in close proximity to the roads and traffic.  The public is further encouraged to immediately report Baboon incidents to the Baboon hotline, 071 588 6540.