Cape of Good Hope SPCA inspector Carli Jordaan and Cadet Inspector Trevor Rodney approached the Bellville Magistrates Court earlier today to obtain a court order in terms of the Animals Protection Act 71 of 1962 for the seizure of three dogs owned by Mr Schlechter, a resident from Oosterzee, Parow.  This following after the CCTV video footage was obtained showing the heinous acts of cruelty.  In the video, Mr Schlechter is shown physically abusing a Pug dog and picking the dog up by its hind legs, kicking and hitting the dog.  Inspector Carli Jordaan who reviewed the video explains – “What I saw from the footage was an elderly man carrying his dog by the hind legs. The man then proceeded to pin the dog to the ground and hit it in the face. He then picks the dog up by all four legs and drops it to the ground and kicks it, whereafter he once again picks the dog up by the hind legs and carries the dog to his bakkie and tosses the dog into the back of the bakkie before closing the canopy”

Cruelty Report received by a member of the public

On 09 September 2021, the Cape of Good Hope SPCA received a complaint about an elderly man that abused a dog in front of Agrimark situated in Wellington Road, Durbanville. 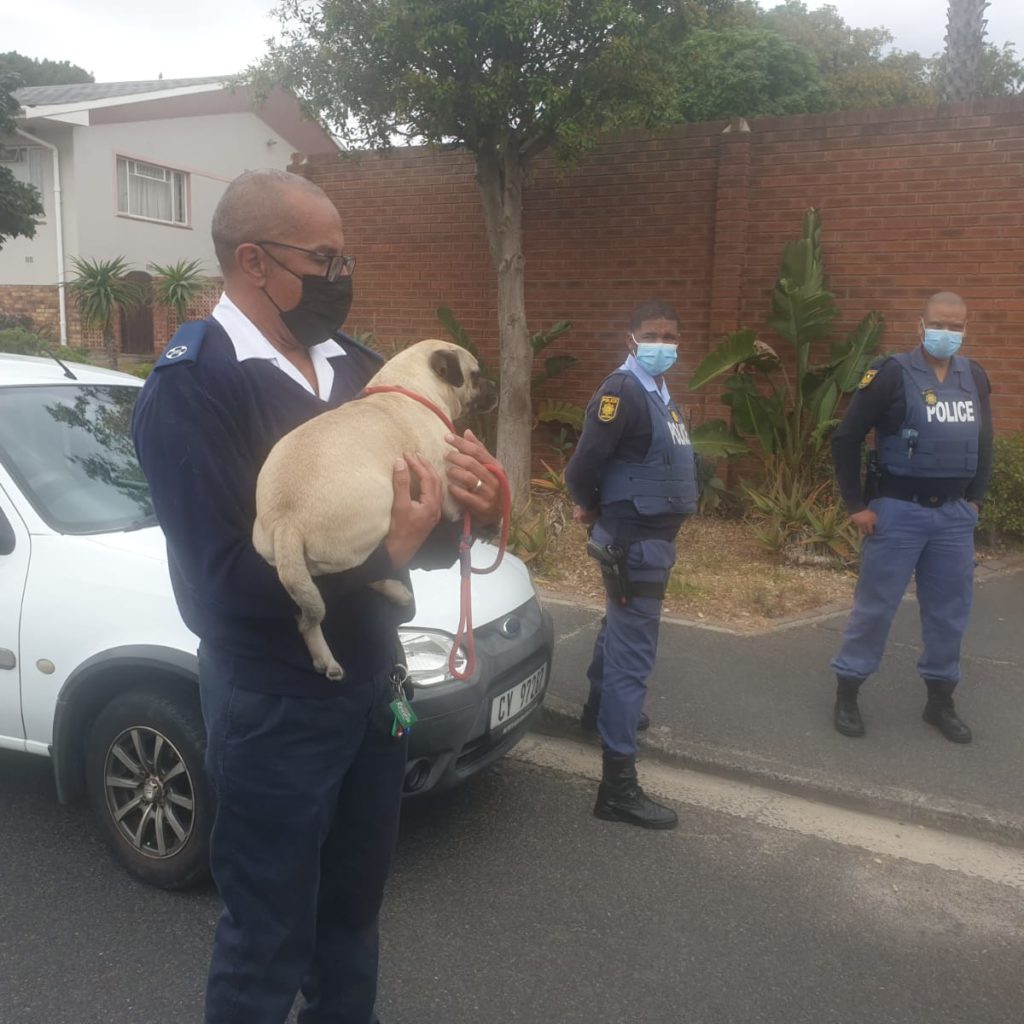 Help keep inspectors on the road

On 13 September 2021, the details and address of Mr Schlechter were handed over to the Cape of Good Hope SPCA.  Inspector Siviwe Noko was dispatched to establish if the dog was still alive and well. The property was inspected and Inspector Noko found three dogs on the property, which included the medium-sized tan Pug dog that was later identified in the CCTV video footage. Mr Schlechter admitted to the events that transpired but downplayed the severity. For safety measures, Inspector Noko issued Mr Schlechter with a written warning to caution him not to abuse his dogs again until the SPCA had finalised its investigation.  He was further informed that should evidence come to light the SPCA may proceed with further action.

Inspector Carli Jordaan approached Agrimark on 15 September requesting access to their CCTV footage only to discover that the footage of camera 49 was no longer on the system. The entire day from 06H57 to 17H00 was missing.  An Agrimark staff member who had a copy of the recording on her personal cell phone also confirmed “the dog screamed the entire time from when they heard it inside until the dog was tossed into the back of the bakkie”  The video evidence was only obtained on 7 October with assistance from the South Africa Police Service, after the SPCA initiated charges of animal cruelty.

SPCA inspectors, escorted by the South African Police Service (SAPS), arrived at Mr Schlechter’s residence, 8 October, to execute the court order.  Despite the presence of SAPS, the doorbell was ignored.  Mr Schlechter appeared ten minutes later and was presented with a copy of the court order and informed that the three dogs will be taken into the custody of the SPCA.  Despite the court order, officials were initially denied entry and access to the property while Mr Schlechter made a phone call.  Approximately ten minutes later his son and an accompanying gentleman arrived in two separate vehicles. Mr Schlechter’s son, a vociferous gentleman was opposed to the confiscation and asked “do these dogs look like they are abused. We will cost you a lot of money, you will see.  Just let something happen to one of those dogs”  An elderly lady and neighbour to Mr Schlechter appeared and approached the ordeal referring to the SPCA as “bastards”.

Cape of Good Hope SPCA senior strategist and registered information officer, Shane Everts clarified: Chapter 2, section 6 of the Protection of Personal Information Act 4 of 2013 clearly outlines the Act does not apply to the processing of personal information pertaining to any judicial functions, including the investigation or proof of offences or the prosecution of offenders. The video evidence was therefore exempt from POPIA and unlawfully withheld from the SPCA which led to the obstruction of an investigation and delay in the prosecution of a criminal case involving contraventions of the Animal Protection Act”. The SPCA is considering charges against Agrimark for denying the footage and hindering the investigation.

Dogs in custody for safekeeping

The three dogs will remain in the custody of the Cape of Good Hope SPCA for safekeeping pending the outcome of the ongoing court case. Chief Inspector, Jaco Pieterse said “We take all reported cases of animal cruelty seriously and will ensure that justice is served. We will never give up on an animal”