Marc Anthony Hewson got a little more than he bargained for when one of his whippets, Fallon, accidentally broke both her front legs in two separate incidents just 6 weeks apart. Fallon was treated at a private vet with the first incident. The second incident, just six weeks later, Fallon sustained an alma radius fracture in the other leg. In the first instance, she jumped off the bed and with the second incident, one week out of quarantine, Fallon fell off the deck and broke her other leg. Owner Marc was concerned about Fallon’s bone density, which is a common issue among this breed, however, all her tests came back normal, meaning the hasty Whippet simply had a bout of bad luck.

Whippets make excellent house dogs, quiet, not prone to barking and dignified spending time in their owners living room. They are generally gentle dogs and are often content to spend much of their day resting. The Whippet, however, remains the fastest accelerating dog in terms of speed and is known to have the highest running speed among all dog breeds in their weight class. Even though they are content spending their time resting, they require sufficient and regular exercise. 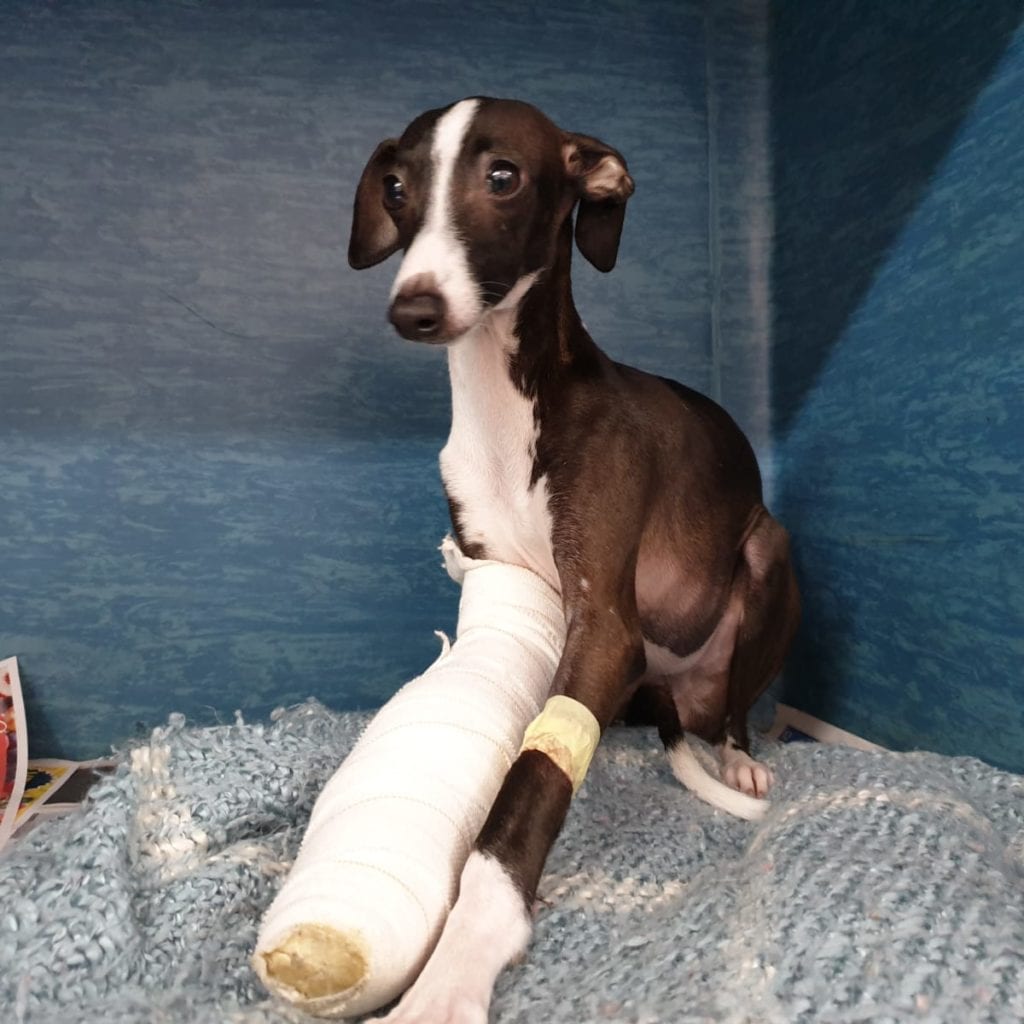 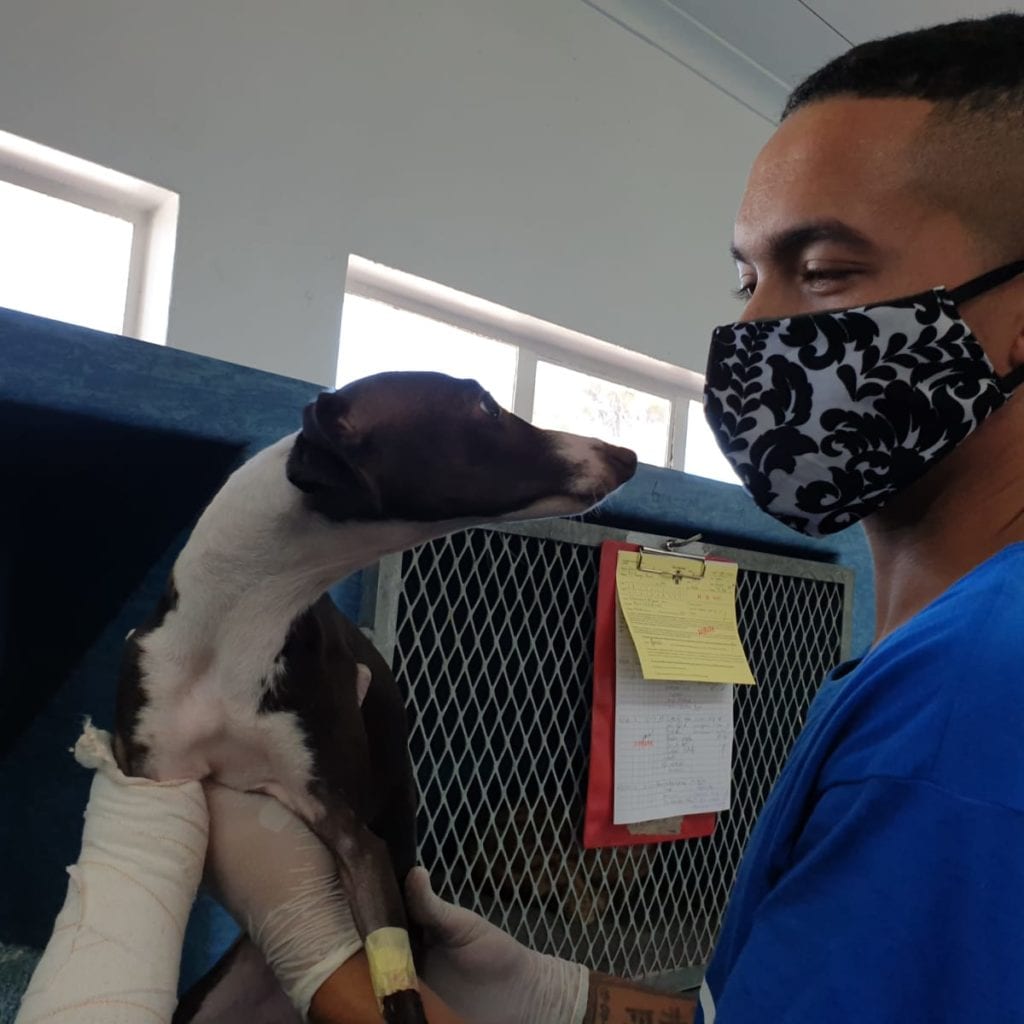 Fallon is one of two, a brother and sister pair. “Unlike her brother, who is cool, calm and level-headed, Fallon is crazy, like a bull in a china shop. She runs around like mad thing and tends to be a bit accident-prone” explained Marc. Fallon received care with the second incident at the Cape of Good Hope SPCA.

Given the current economic circumstances, understandably, owner Marc was concerned about veterinary expenses “Business has been tough, I think on everybody” he explained. Not sure how he would manage to pay, Marc arrived at the SPCA to collect Fallon after surgery only to be informed his bill had been taken care of by an anonymous donor/s. Marc smiles, “I still don’t know who did it, none of my friends wants to own up” He has however narrowed it down to one of five or all five possible Samaritans who collectively contributed towards Fallon’s surgery. “I have the most amazing people in my life, I’m blessed”

Last week, Cape of Good Hope SPCA posted a feature on a highly polarized contentious topic “The socio-economic reality of Animal Welfare in Cape Town”.  The truth is, regardless of background, class or which neighbourhoods we reside in, no one is totally resistant to the effects of economic shocks such as what we have all experienced following the nationwide lockdown.  In respect of animal welfare, however, the bottom line is, we have animals in need of care.  Read the socio-economic feature here.