Life with Bobby and Zoe by Mary Shelton

Life with Bobby and Zoe by Mary Shelton

At the beginning of 2010, our beloved Border Collie, Topsy (also an SPCA rescue dog) died. We decided to visit the Cape of Good Hope SPCA to get another rescue dog as we missed Topsy so much and the house was empty without her.

Upon arrival at the SPCA in Grassy Park, my husband Brian was immediately attracted to a little dog (nine months old) called Bobby, who looked like a smaller version of Topsy although we later learned that he was a Papillon cross. Bobby was pretty and cute and showed an assertive side to his character as he growled when Brian approached him and came too close to his food bowl. Sold! A decision was taken! We wanted Bobby. Then, as I walked around the cages, I noticed this sad, helpless waif, a young Border Collie/Doberman cross (six months old). This little girl, Josie, had the most expressive eyes that looked at me with utter desperation saying ‘help me’. Apparently, she had been found wandering in a township, hungry and frightened. I could not walk away and suggested to Brian that two dogs might be a good idea as they would be companions for each other. One would be my guard dog and the other my lap dog. 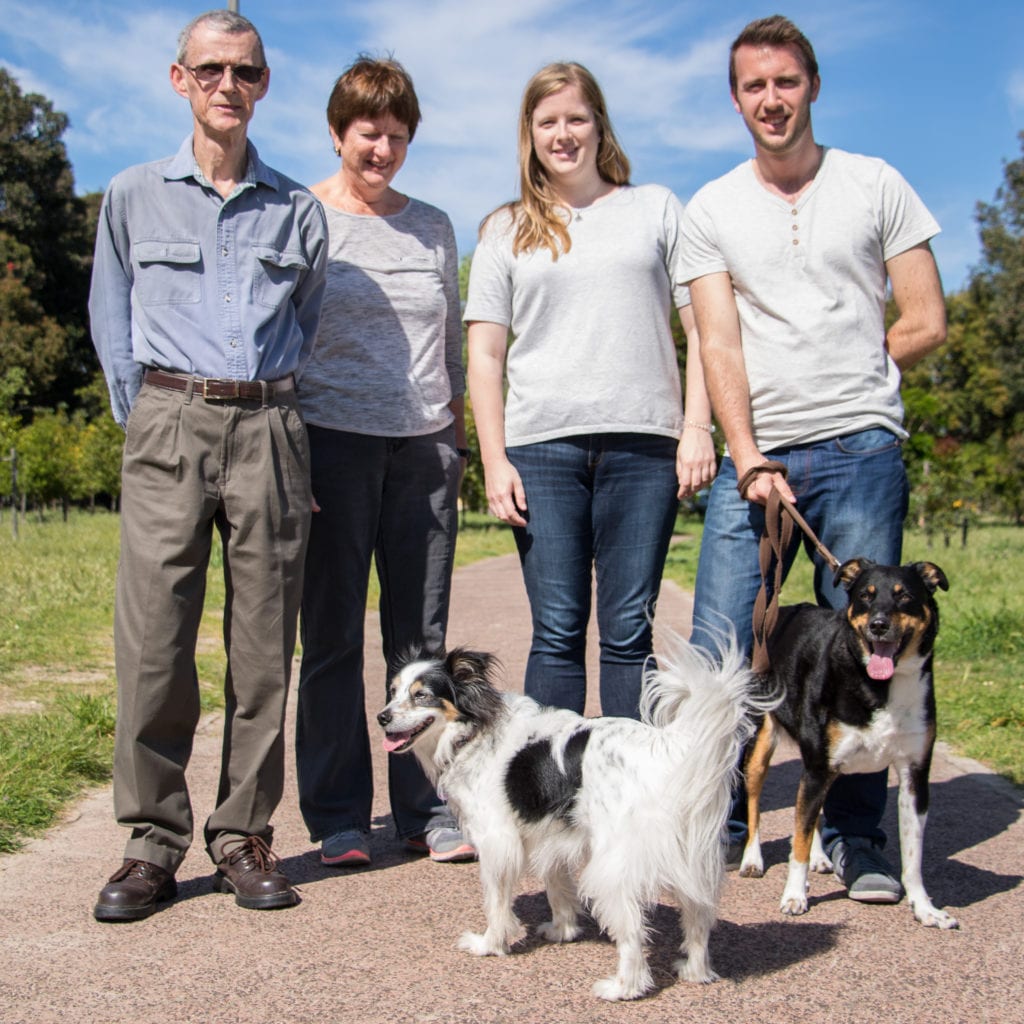 In July 2010, on the day we arrived to collect Bobby and Josie, we were told that Bobby had been returned twice to the SPCA because he had a tendency to lift his leg indoors. We were assured that this ‘little problem’ could be overcome. I had some misgivings but after a fond sendoff from the SPCA staff, we drove home to introduce them to our children, Dianne, a recent graduate and now working, and James, a university student. Dianne and James were thrilled to meet their new ‘bother’ and ‘sister’ and decided that they liked the name Bobby even though their uncle (my bother) is Bobby but wanted Josie to become Zoe.

The ensuing months were spent getting to know Bobby and Zoe and teaching them some acceptable toilet habits. Zoe was extremely sensitive and shy, and Bobby was quite nervous and very anxious to please. Soon they settled into their new home, Zoe eating like there was no tomorrow, and Bobby quickly growing into a confident leader of the pack.

Members of the family

Over the years, Bobby and Zoe have become integral members of our family, fitting into our daily routines. Since I was working half day, we would go for walks as soon as I got home from work and then again in the evening with Brian, often to Keurboom Park. Walking in the neighbourhood is usually a kitty trail as Zoe goes from house to house looking for cats. In the autumn, trips to the park are usually spent hunting and chasing squirrels. One of their favourite outings is a trip to the seaside, either a walk along Sea Point promenade, a walk along Lagoon Beach with Zoe biting the waves or an early morning walk from Fish Hoek to Clovelly followed by Mom having a swim watched by Dad and the dogs. As the years passed and the children left home, we became a family of four. Brian retired and worked from home with two devoted companions and then in December 2019, I retired and also started some contract work from home. Perfect!

Then before I could even adjust to retirement, Covid-19 arrived and the country was sent into a strict lockdown, something none of us could ever have imagined happening. We were not allowed to leave the house, except for essential purchases or medical reasons. Thus began our twice a day walk around the house, using pieces of biltong to reward the dogs for each circuit. After going around once and getting a piece of biltong, Bobby decided that was enough. He would then sit in the garden and watch Zoe go ten, sometimes fifteen times, around the house for the little ‘billy’ reward each time. This pandemic has brought stress and heartache to us as has happened to most. Dianne was working for six months in Switzerland and had to take the decision to return home in March to avoid being stuck in a foreign country for an indefinite period. James, now living in Wellington, New Zealand, was planning to visit at Easter 2020 but that trip has been delayed a number of times due to Covid restrictions. Bobby and Zoe have provided constant stability in this time of unprecedented change. They give us a reason to get up and go out each morning and provide for their needs, and in return, we receive their love, devotion and companionship. I am always amazed by the strong bonds that have developed between us and the dogs. Zoe, though timid and clingy at times, can become a fiercely protective guard dog if she thinks I am in danger. Bobby has developed some Freudian tendencies as he is very jealous of his father coming too close to me or gives me too much attention. We have enjoyed eleven happy years with our pets and look forward to many more. 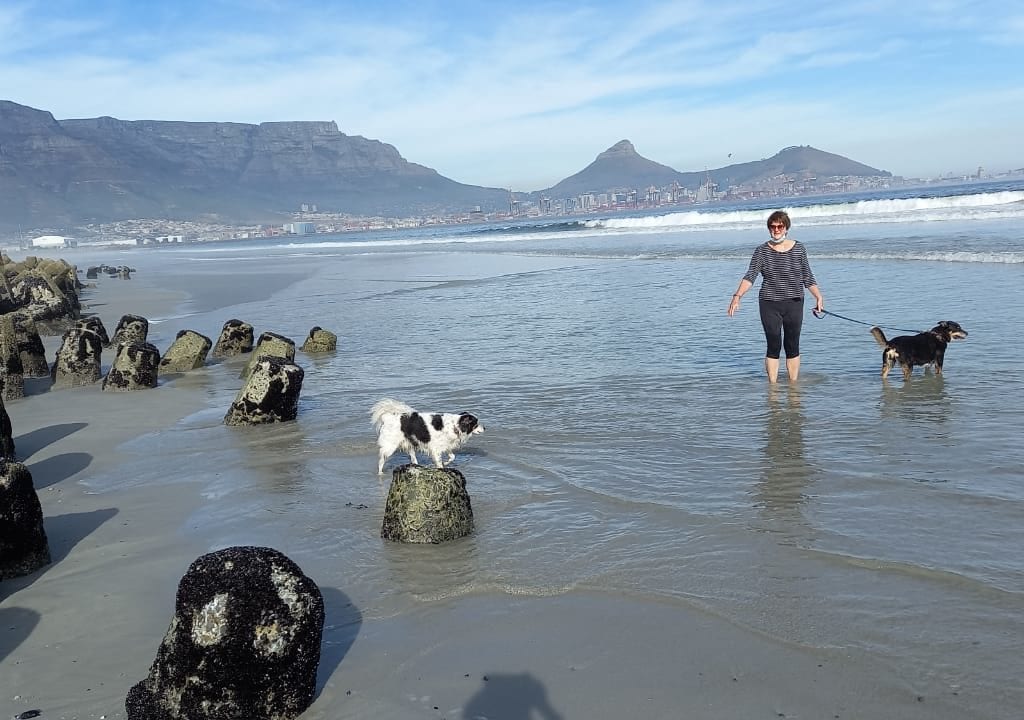 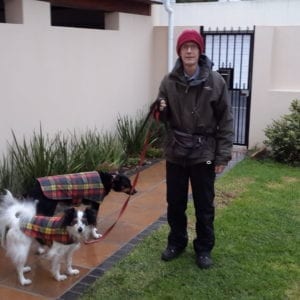