They Have Blood on Their Hands

They Have Blood on Their Hands

Yesterday was a long day

Chief Inspector Jaco Pieterse and Inspect Mark Syce know all too well that dogfighting is part of a criminal subculture that can involve many other criminal activities.  They also know that those who are cruel to animals often do not stop there – but they were in for a shock yesterday.

After viewing video footage of a dogfight in progress on Monday evening, our Inspectors made application at the Wynberg Magistrates Court for a warrant to remove the animals yesterday morning.  Law Enforcement and South African Police Services then accompanied Chief Inspector Jaco Pieterse and Inspector Mark Syce to the property in Manenberg where the dogfight had allegedly taken place.  There they were able to find the original video evidence of the dog fight on one suspect’s phone and identify him from clothing worn in the video.  He was arrested on the scene and is now in police custody.  They were also able to locate a second suspect who was detained at the Manenberg Police Station as well.

And then came the shocker

This is when the shocking truth of the full extent of the depravity of these two individuals was realised.  It was discovered that the first suspect has 3 existing criminal charges against him – 2 for attempted murder and one for the illegal possession of a firearm.  The second suspect also has an existing charge of attempted murder to his name. There is no doubt in our minds that a strong link connects animal cruelty and violence towards people.

Both dogs found on the property have been taken into the care of the SPCA and have already undergone veterinary assessment.

We don’t know how many dogs, being forced to fight, are still waiting for us to rescue them but we do know that these two dogs will never have to endure that torture ever again.  Please keep fighting dog fighting alongside us!  We won a battle today, but the war rages on.

We extend our heartfelt thanks to the City of Cape Town’s Law Enforcement Animal Control Unit for their assistance and support today.  We also thank all those who are brave enough to come forward and report crimes against animals.

The SPCA offers a reward of R5 000.00 for information that leads to the successful prosecution of those involved in dogfighting. Reports can be made anonymously by calling 0833261604 any time of the day or night and can also be made online here

Please accept my donation below in support of your work to end dogfighting.

Sign Up to Join the SPCA Anti-Dogfighting Watch Squad and help with the fight against dogfighting. 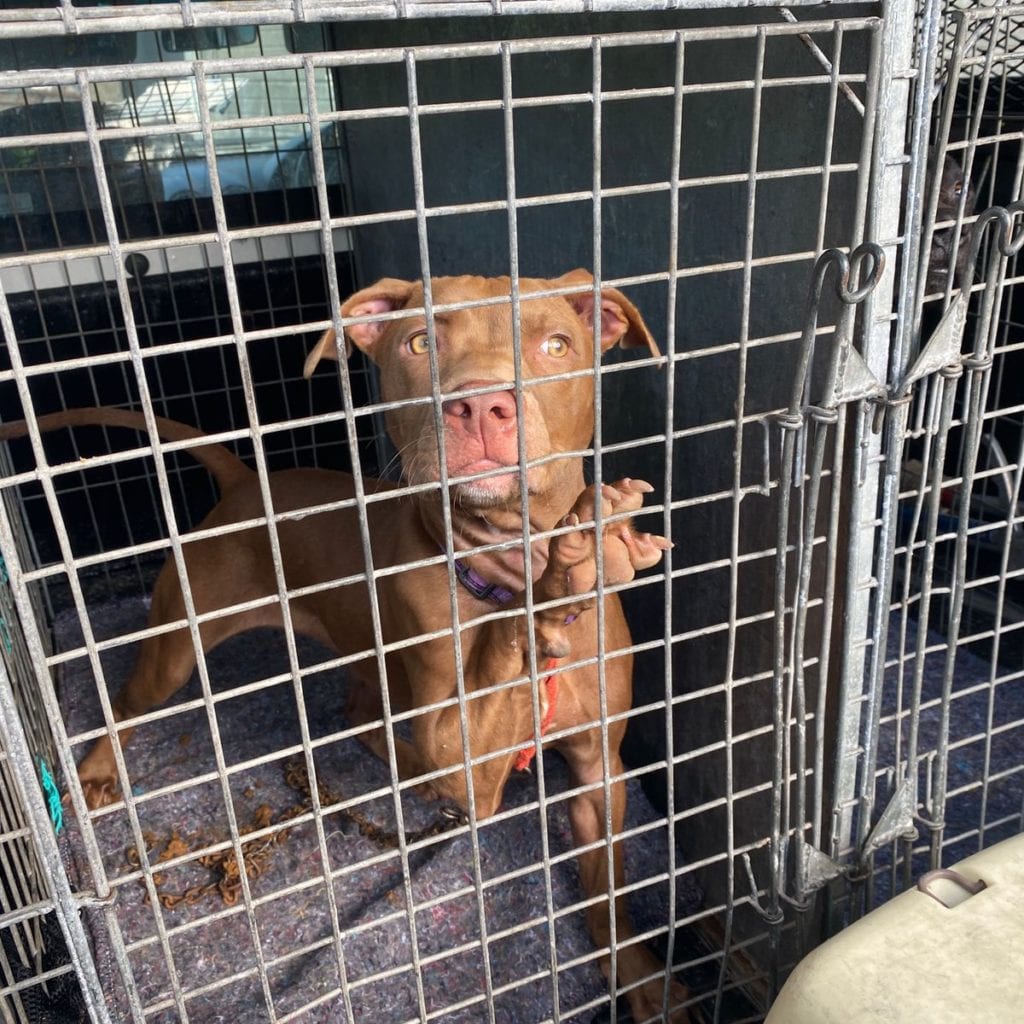